This section contains one professsional group shot photo of the 185th Battalion officers at Broughton, NS, circa early 1916, and two snapshot photos taken at the same time showing the officers and the professional photographer. 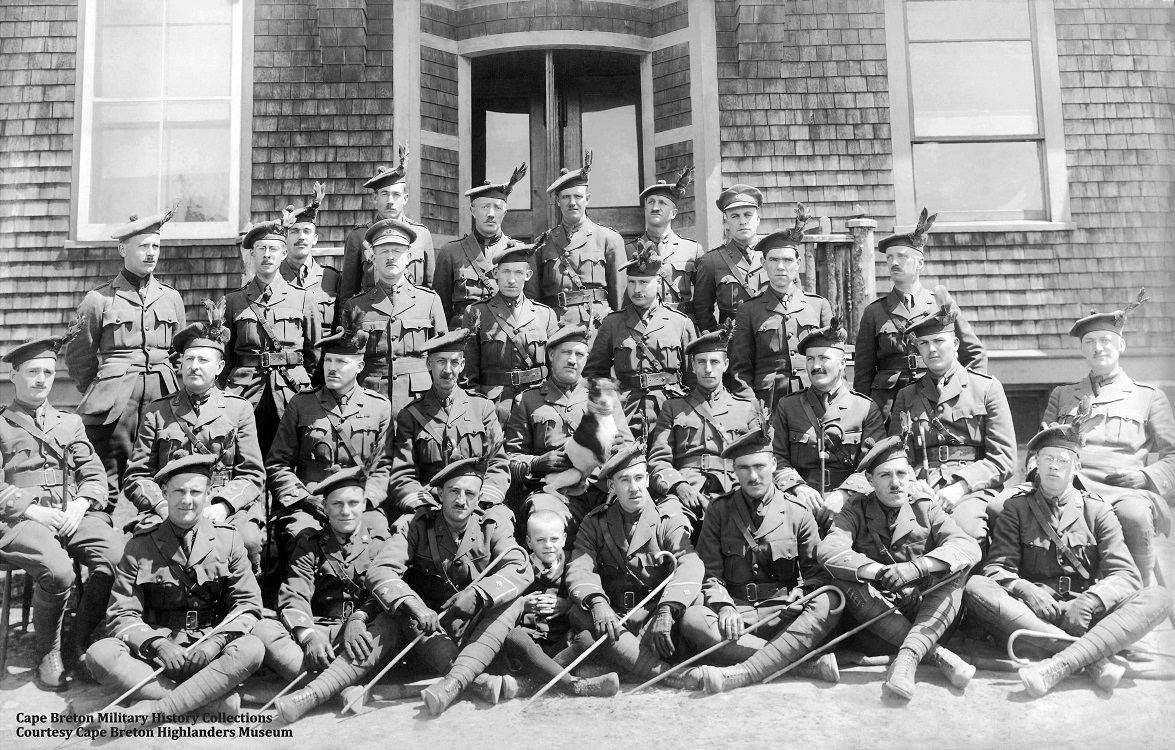 Please note that the place names immediately following the mens' names are home addresses at the time of enlistment. Their places of birth are also indicated. Military ranks are ranks at the time the photo was taken.

Thanks to John Hart for scanning the original photo from the Cape Breton Highlanders Museum and to Terry McCully for editing the photo and providing names to faces by comparing known photos of the 185th Battalion officers to the officers in the photo above. 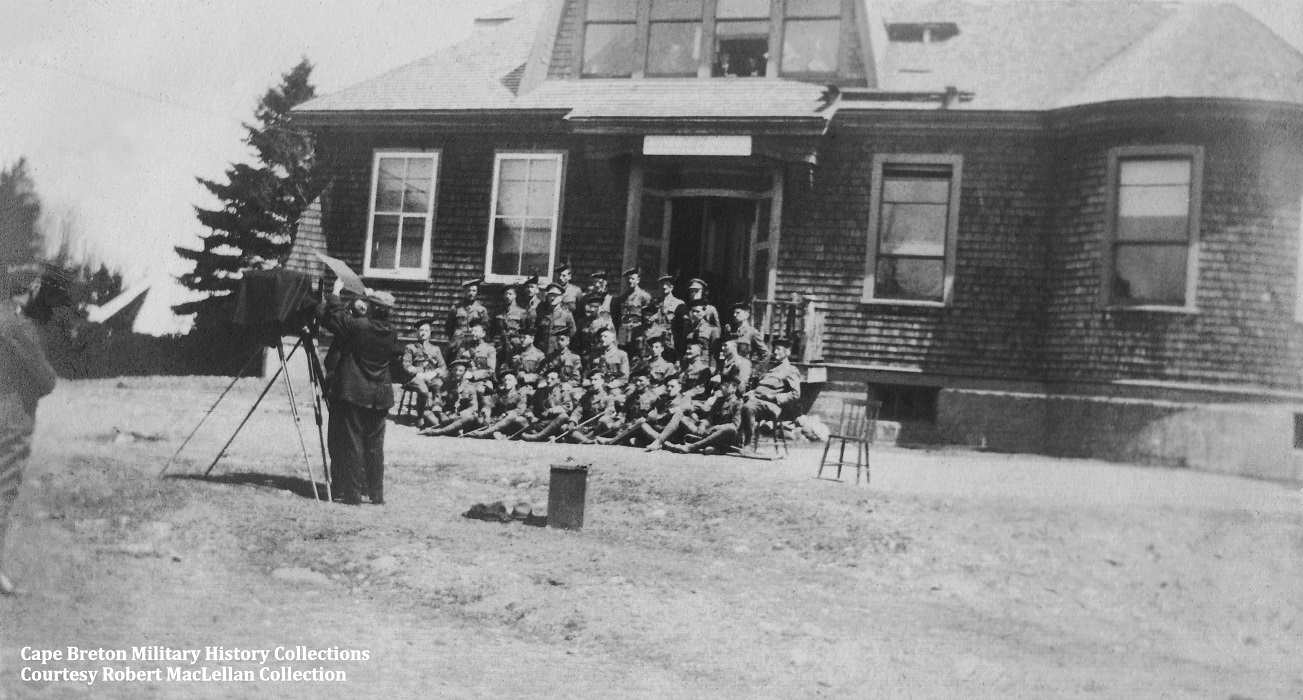 Also note some of the architectural feaatures of the General Mining Office building including the exterior corner wing wall on the left and the rounded corner on the right. 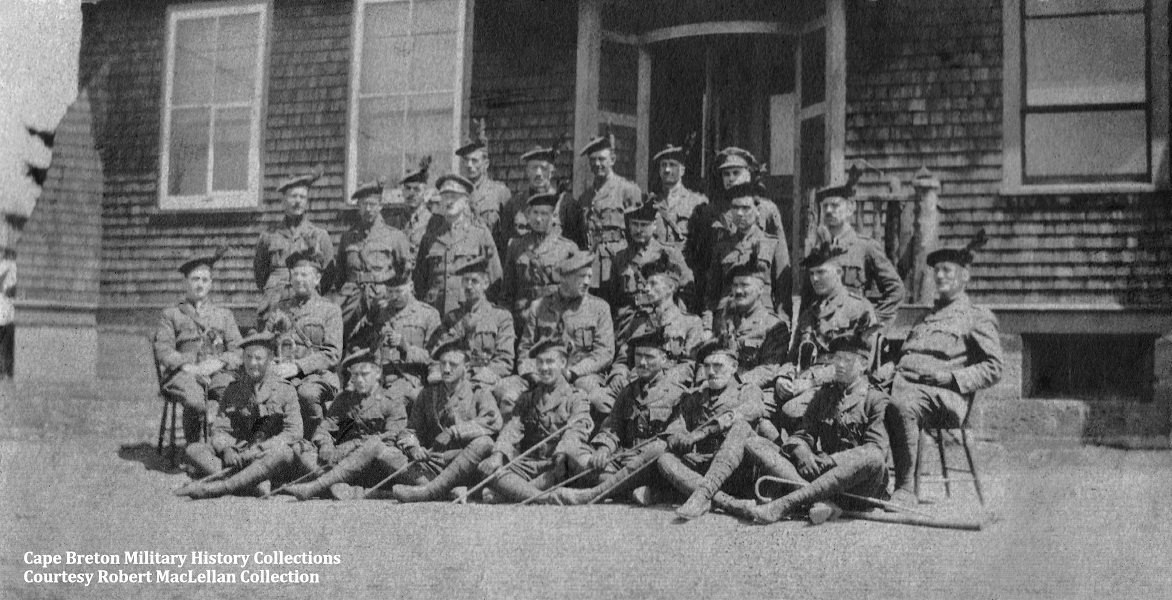 This is another snapshot photo showing the 185th officers about to have their photo taken by a professional photograper.