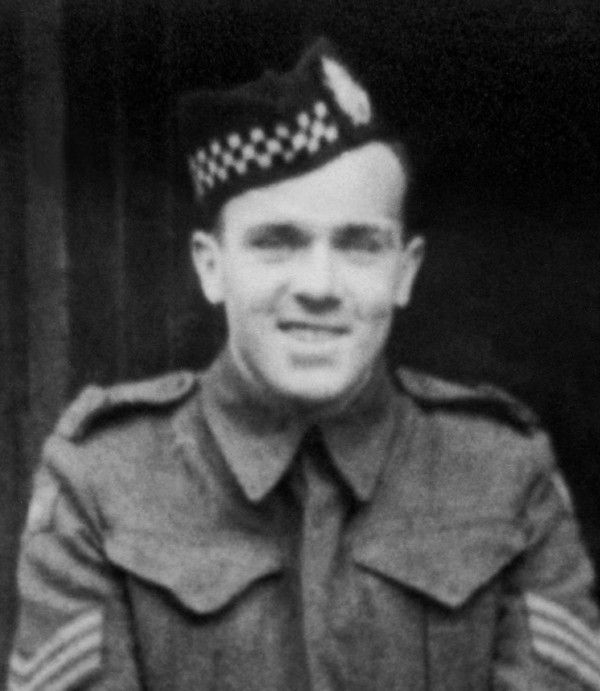 Allenby was from Homeville, near Glace Bay, NS, one of twelve children born to Elva and George Wadden. He joined the Cape Breton Highlanders on September 5, 1939, shortly after the declaration of war, and was posted to “D” Company. In the spring of 1940, while the battalion was still in Cape Breton, Allenby married Wilma Wilson.

Allenby continued to train with the battalion in Canada and went overseas with them to the U.K. in November, 1941. In 1943, while still in England, he was posted to “A” Company.

Allenby saw action with the Cape Breton Highlanders in Italy in 1944 and 1945 during that campaign. While in Italy, he transferred companies again, this time to “B” Company.

In March, 1945, the Cape Breton Highlanders moved to Northwest Europe and Allenby saw action with the battalion in Holland. It was in Holland, on May 1, 1945, during the battle for the port town of Delfzijl and the nearby gun positions, that Allenby was wounded in action. At the time he was a sergeant in 10 Platoon, “B” Company. His wounds were severe enough to necessitate the wearing of a body cast for the next six months.

Allenby returned to Canada on the hospital ship “Lady Nelson” which arrived in Halifax in June, 1945. He arrived home on July 2nd and was discharged from the army on November 28, 1945.

After the war, Allenby settled in Glace Bay and worked for a time as a coal miner before taking a job for Canada Post where he worked for twenty five years. He and Wilma raised three children together. Allenby passed away in 2007.

Much of the information in the short biography above is based on an interview with Allenby Wadden in the 1990's. At that time he allowed his war time photos to be copied. See Sections 1 and 2 below. Thank you Allenby. Thanks to Angelina Gale, Allenby's granddaughter for an electronic copy of the portrait photo of Allenby taken in later years. See Section 3 below.