This section contains one photo pertaining to Bill Metcalfe and the Cape Breton Highlanders taken after World War 2. 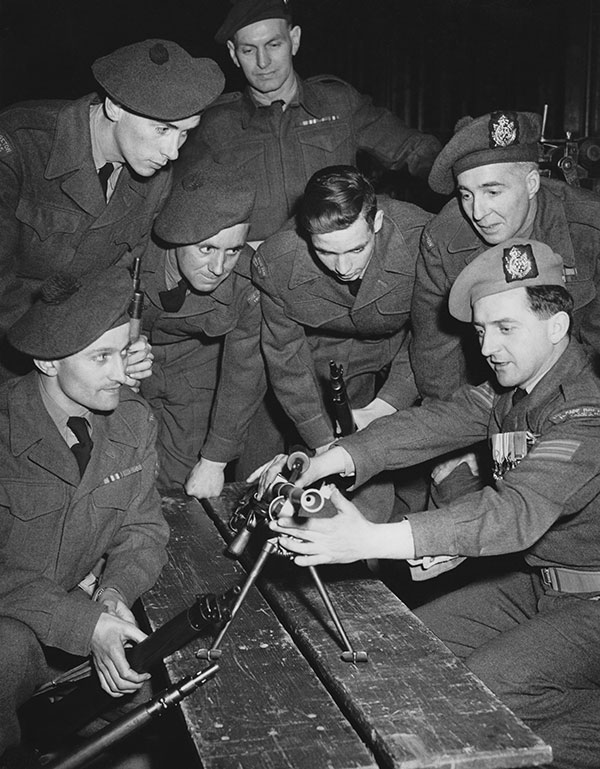 This photo was probably taken in the late 1940’s or early 1950’s, and shows a group of Cape Breton Highlanders during militia training. Bill Metcalfe is on the far right and appears to be giving instruction on a bren gun. Notice that Bill is wearing his medals and has the rank of sergeant. The other men in the photo are not identified. The location is unknown but may be Victoria Park, Sydney.