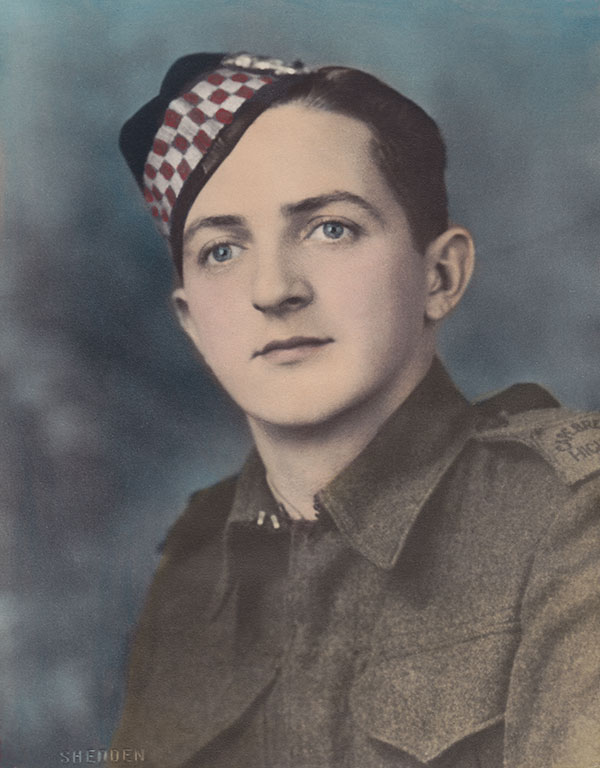 World War 2 era colourized studio portrait photo of Bill Metcalfe. The photo was taken in Glace Bay, NS, in 1940 or 1941. Bill is wearing the uniform of the Cape Breton Highlanders.