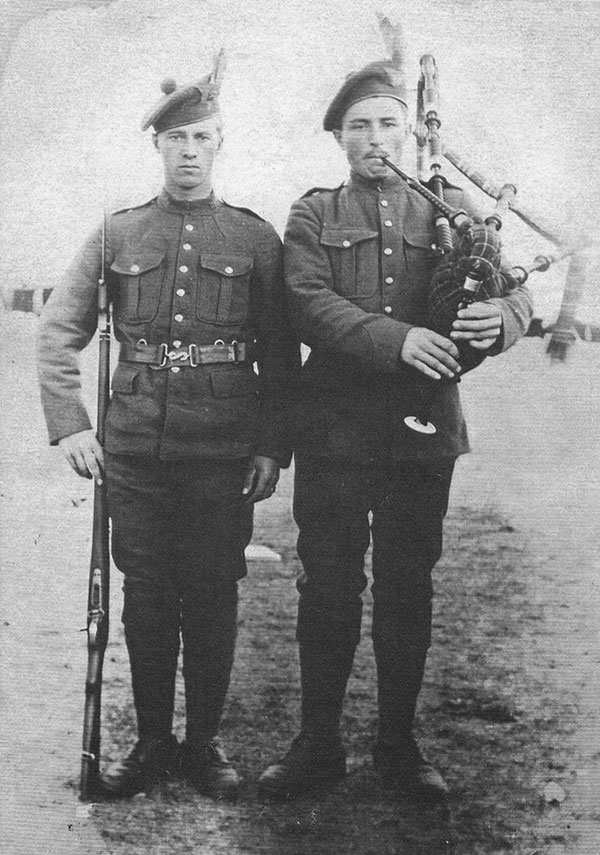 Piper “Black Jack” McDonald is on the right. The other man is unidentified. 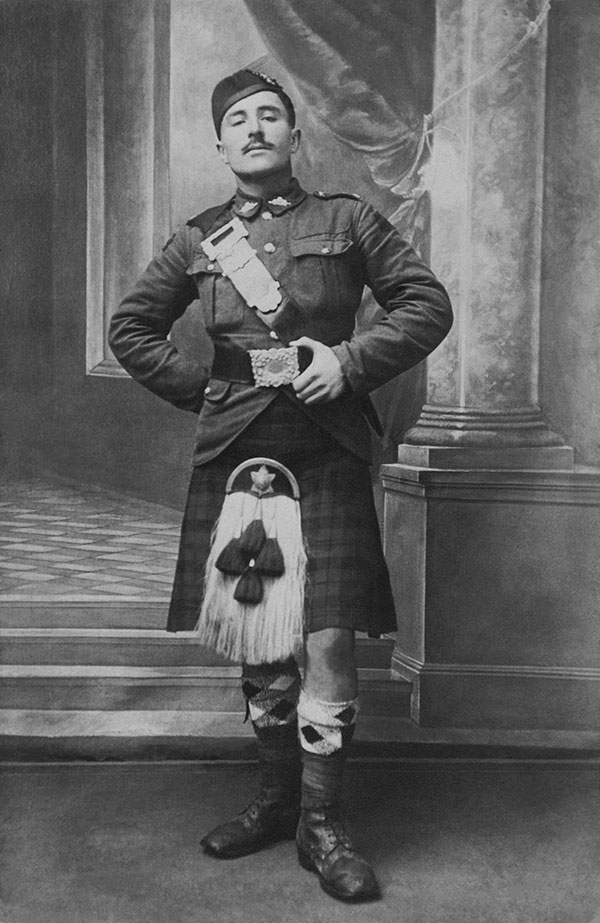 In the photo above, Piper “Black Jack” McDonald is portrayed in an impressive studio portrait photo. The photo is believed to have been taken in Belgium, in 1918, while he was serving in the 85th Battalion (Nova Scotia Highlanders) CEF.

Piper McDonald wears a highland cut, standard, British pattern, five button tunic with an Argyll and Sutherland pattern (Government Pattern) tartan kilt. He also wears a black leather piper waistbelt with oversize military style buckle and a piper crossbelt. His horsehair sporran is an “other ranks” pattern which was worn by the pipe band. The four black goat hair tassles on the sporran are arranged in a diamond pattern and represent the four original battalions (85th, 185th, 193rd and 219th) of the Nova Scotia Highland Brigade. On his head he wears a dark blue glengarry without diced banding. On his legs are diced hose tops worn with khaki puttees.