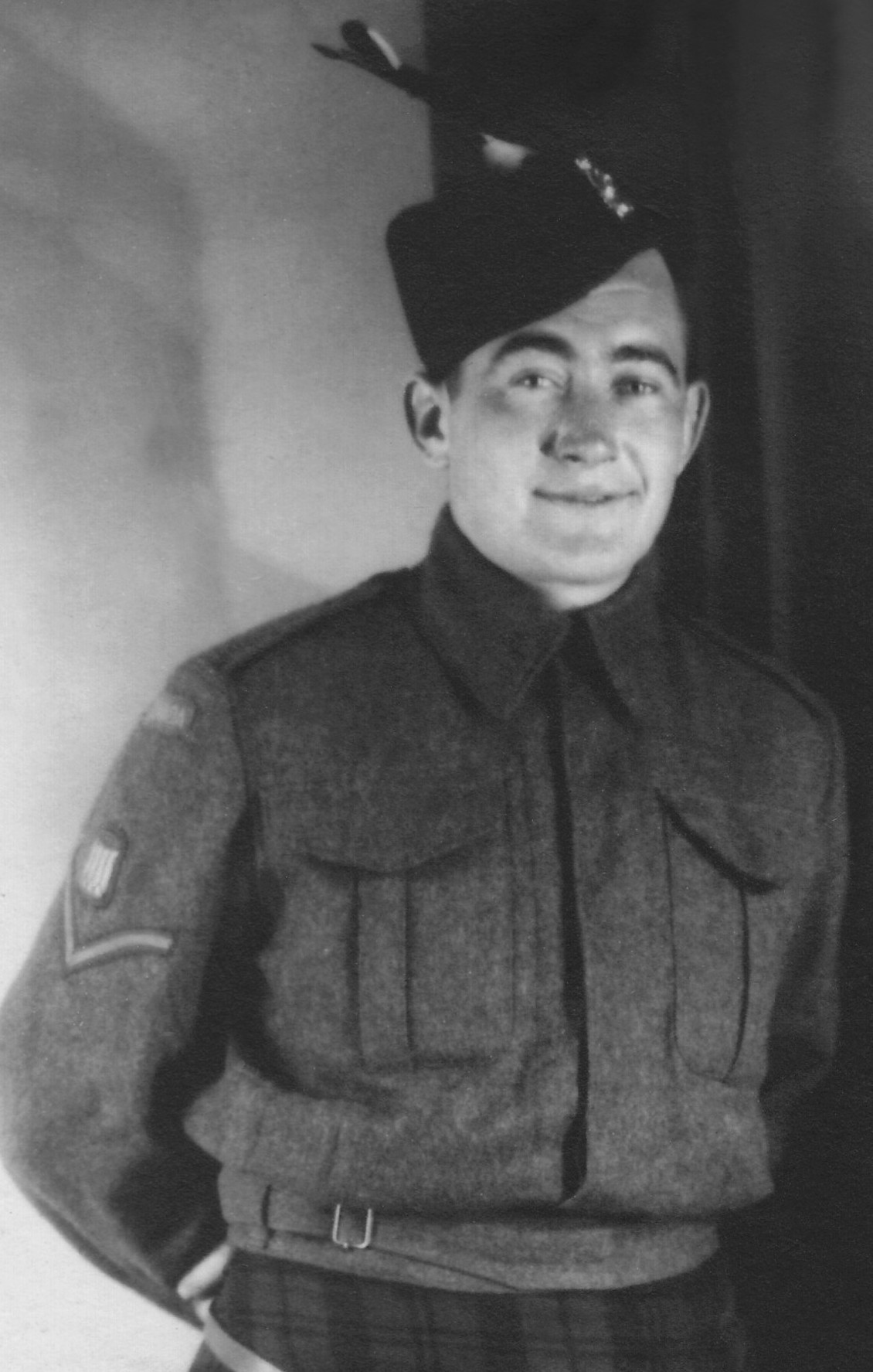 Melvin MacLean was born and raised in Sydney Mines, NS, and grew up on Burchell Street. He was one of seven children born to John Thomas and Mary Catherine (MacKeigan) MacLean.

Melvin survived the war and returned home to settle in Sydney Mines. He was involved with the militia for a short time after the war. In 1947, he married Katherine “Kaye” Campbell and they had four children together. Melvin worked as a carpenter and in later years was a commissionaire. He lived out the remainder of his life in Sydney Mines and passed away in 2001.

Two of Melvin’s brothers also served overseas during World War 2. Older brother Charles was in the Cape Breton Highlanders and survived the war. Younger brother Arnold died of wounds received in action in Germany on February 28, 1945. He was serving with the Royal Winnipeg Rifles at the time.

I would like to thank Lorna MacLean, Melvin MacLean's daughter, for allowing me to copy the photos and documents contained in this collection and that belonged to her father. I visited her home in Sydney Mines in 2015. Lorna also shared photos and information on her uncle, Arnold MacLean, who served in the Royal Winnipeg Rifles during WW2, and died of wounds received in action.