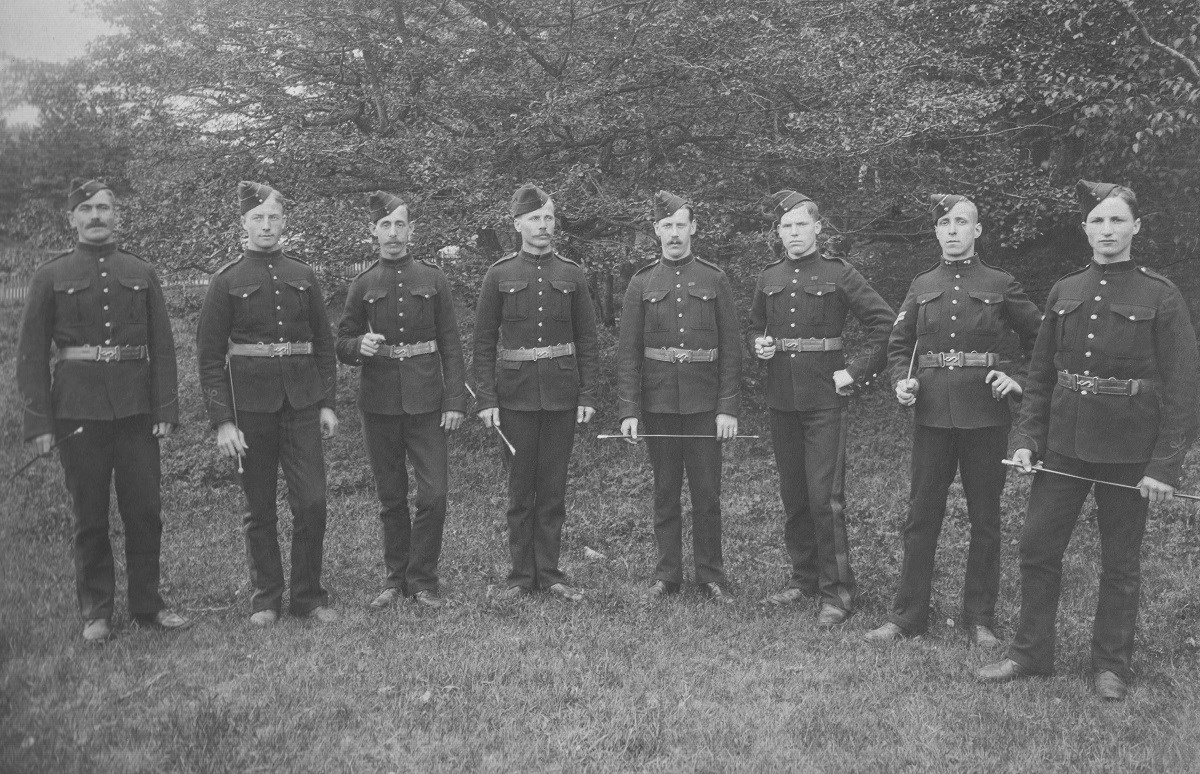 Handwriting on the back of the original photo says, "Representatives from the four Nova Scotia Coastal Artillery Batteries in the "King Edward VII Canadian Coronation Contingent" to London, June, 1902." The contingent consisted of approximately 600 men including veterans from the Boer War in South Africa. Unfortunately for the contingent, the coronation was postponed from June 26, 1902 to August 9, 1902 due to an illness on the part of the king. In the end, a much smaller Canadian contingent attended the actual coronation. In the photo, Roderick Jackson is third from the right. The other men are unidentified. It is not known if the photo was taken in Canada or in England. 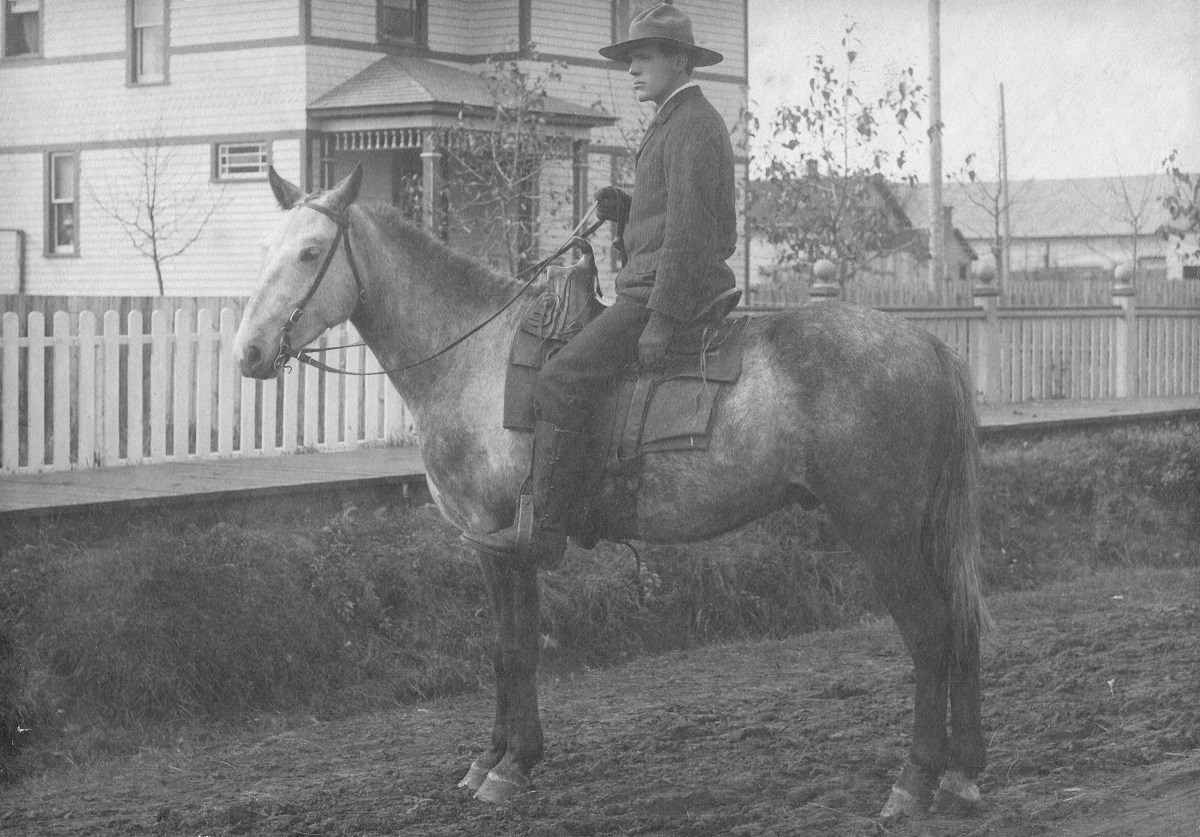 On the back of the original photo is written: "Horse's name is "Bob". The first horse I ever owned. He was a Texas mustang."