On the left is Daniel Fraser. On the right is Charles "Sharkey" MacDonald from New Waterford. The photo was probably taken somewhere in Cape Breton very early in the war. With the great influx of new recruits, uniforms and equipment were in short supply. Daniel is wearing what appears to be a World War 1 era uniform, while Sharkey's only item of uniform is a glengarry. 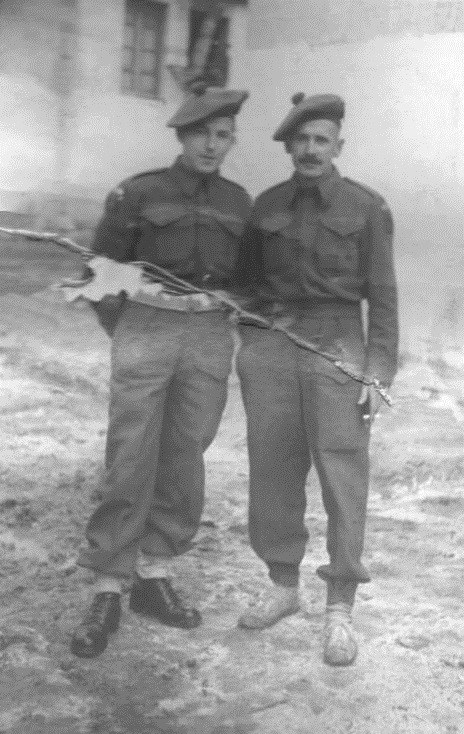 On the left is Daniel Fraser. He holds the rank of company sergeant major in this photo. On the right is Lenny Fahey.

In late November, 1943, the Cape Breton Highlanders moved to the town of Altamura in southern Italy, where they were billeted in barracks in a former prisoner-of-war camp. Altamura was located approximately 45 kilometers from the city of Bari, on the Adriatic coast. Time was spent acclimatizing and training. When possible men were allowed to do some sightseeing. The battalion left Altamura on January 11, 1944 and shortly after, for the first time, took over positions at the front.

Daniel Fraser was killed in action on January 17, 1944, only a short time after this photo was taken.