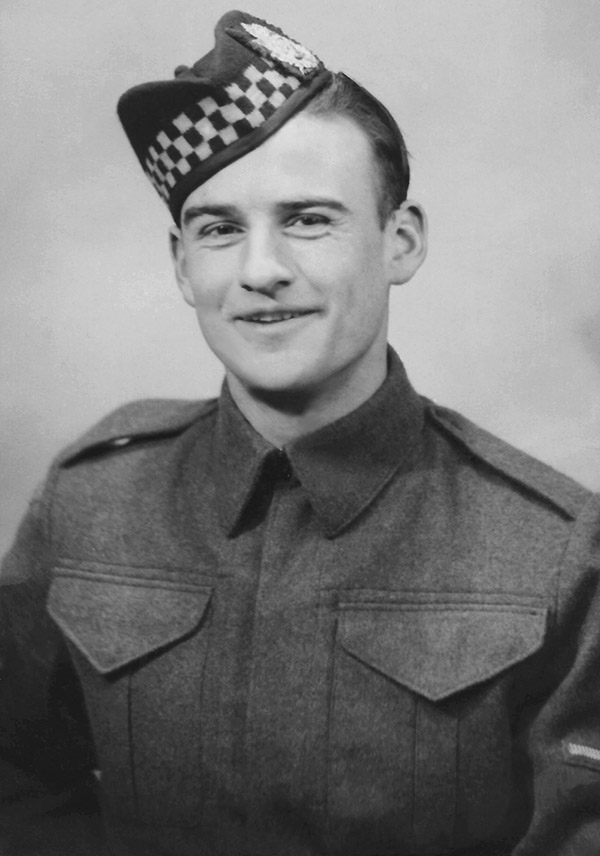 George Burke was born on December 29, 1920 in Lower L’Ardoise, Richmond County, Cape Breton. He came from a family of five children born to Alice Sophie (Landry) and Henry Placide Burke.

In 1939, upon declaration of war by Canada, George immediately joined the Cape Breton Highlanders. He became a signaller and served with “D” Company. He trained in Canada with the battalion and then went overseas with them to the U.K. in November, 1941, then to Italy in October/November, 1943, and finally to Northwest Europe in March, 1945. George saw action with the Cape Breton Highlanders throughout their battles in the Italian campaign and the liberation of Holland.

After the war, George travelled and worked in numerous locations both in Canada and outside the country, including Venezuela. In 1948 he married Margaret Vanclieaf of Baysville, Ontario. The couple decided to move to Cape Breton where they settled in Lower L’Ardoise and raised a family of five children. Throughout his life George loved to garden, boat and vacation in hot climates.

George Burke passed away in January, 2015 at the age of 94. He was a proud Cape Breton Highlander.

I would like to thank George Burke's daughter and son-in-law, Georgette Burke and Burke MacDonnell, for allowing me to copy the photo images contained in this collection. I visited their home in St. Peters in 2015. The images of the two newspaper clippings in Sections 4 and 5 are added from my own collection.